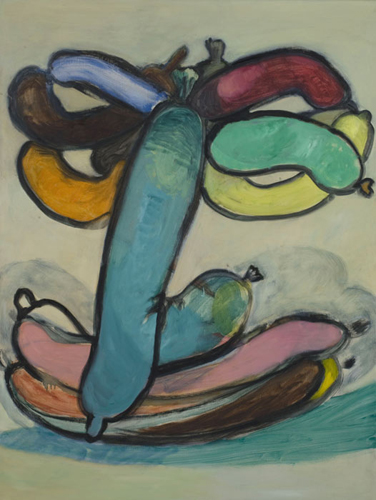 "A portrait head made out of balloons is ridiculous. And a self portrait constructed out of those bendy balloons that clowns use is doubly so, they look like condoms for one thing. There is something sinister about this head though, no matter how many times you puncture and deflate it you know it will leeringly inflate again, rather like the murderous psychopath you are convinced you have finally drowned in the bath but who rises up again the moment your back is turned."