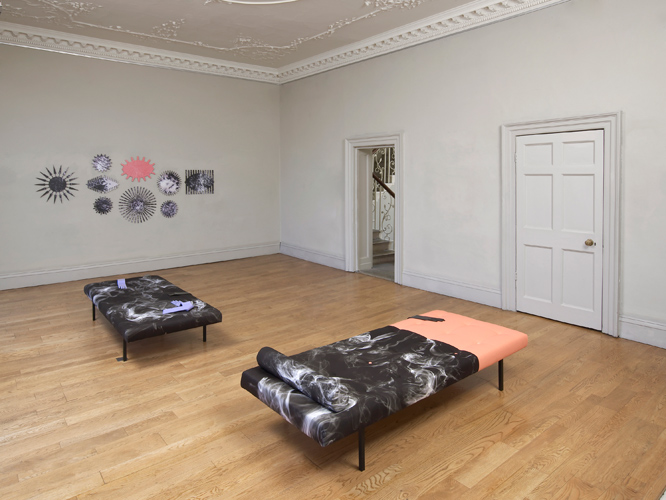 Rachel Adams presents Long Reach. Long Reach is a group of work about reaching. Reaching between art and design, reaching for inspiration or reaching for something new. You're always stretching and grasping for that something you can't quite put your finger on.

Rachel Adams lives and works in Glasgow and Long Reach is her second solo show in the gallery. Recent solo shows include Space–Craft at Tramway in Glasgow (2013) and Posturing a solo project within The Sculpture Show at The Scottish National Gallery of Modern Art in Edinburgh (2012). Recent group exhibitions include Paper at the Saatchi Gallery (2013), Costume: Written Clothing at Tramway in Glasgow (2013) as well as a commission at The Collection in Lincoln (2013). Adams will have a major solo exhibition at The Tetley in Leeds this May How to live in a flat curated by Zoe Sawyer. Guest artists will also be invited by Adams to re–design, animate and 'live' in the exhibition space over the course of the project. In July this year Adams will exhibit in Mood is Made / Temperature is Taken curated by Quinn Latimer at Glasgow Sculpture Studios and in September she has been invited to exhibit in a 3–artist show Material and Form in a digital age at Yoshimi Arts in Osaka, Japan.

Adams' work is in the Saatchi Collection, David Roberts Collection and Hedge House Bonnefanten Foundation in the Netherlands.