Lynn MacRitchie: The Towers of Ilium 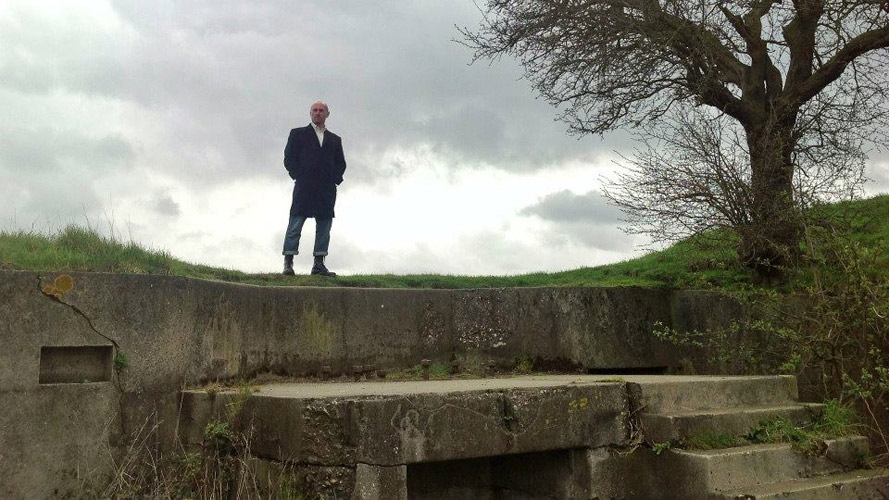 "All men are brothers, hence war."

Domo Baal is delighted to host a four–day screening of Lynn MacRitchie's new film 'The Towers of Ilium' – a project that returns the gallery's focus to Essex for the second time this year following on from The Rural College of Art.

The at once over–arching and underlying issue in Towers of Ilium is the endlessly repeating tragedy of the seemingly unquenchable human need for supremacy over others; an ever–expanding ink blot on the pages chronicling the progress of mankind.

Towers of Ilium underlines the fact that war is always present and often closer to home than we in the West like to think; whether it be the constant hum of Obama's drones over Afghanistan, the ambush–stalemate–ambush strategics of trench warfare in WW1 or a no–holds barred brawl outside a local boozer. MacRritchie's short, filmed on location in Essex, tells a story as resonant as history and as incidental as pop culture.

The performance, a procession through an estuary landscape which leads into a series of stylised fight sequences reminiscent of early platform video games but in fact refers to the funeral games by which the Trojans honoured dead warriors – is enacted by performers sourced from the local population; a contemporary re–imagining of a notorious local skinhead gang, the Tilbury Trojans, who ruled the roost in the late 1960s. The group passes at a slow march through the environs of Coalhouse Fort Park, East Tilbury, overlooked by the watchful eye of the park's Second World War radar tower. At the film's conclusion, a model of the tower is burned, highlighting how places may be destroyed but also revived – if only to be threatened anew – as well as spelling out the fate Achilles foresees for all defensive structures built to guard against wars: destruction.

The procession, the fight sequences and the burning tower compose a ritualistic narrative within which symbolic links are made between episodes of local history and Homer's epic tale of the Trojan War; a story that has become a cornerstone of western culture. The dialogue, partially adapted from Homer's Iliad and also from the first–person recollections of a young skinhead, is accompanied by a specially commissioned score. The music combines melodies played on a modern–day version of a lyre, as used in Homer's time, with a contemporary reworking of 1960s ska anthems. The ska genre itself is fraught with the confusions which surround the 'modern' skinheads, at once the fearsome urban warriors of our times and also, in their love of a music style which originated in Jamaica, as unlikely peacekeepers, their music a link between black and white cultures.

Lynn MacRitchie has nearly 20 years experience of making and exhibiting work in video and installation in the UK and abroad. After a lengthy career as an arts writer including 16 years as contemporary art critic of the Financial Times, in 1996 she returned to the studio and has since exhibited regularly at venues including Gasworks Gallery, Tate Modern and The Showroom, all in London, and the Akbank Cultural Centre, Istanbul.