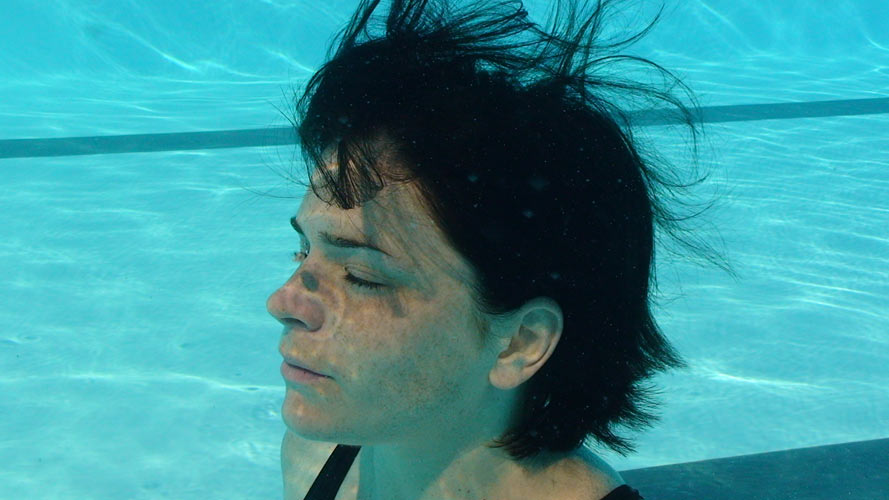 Domo Baal is pleased to present the first of 3 concurrent solo exhibitions in the UK and France of the work of Marcel Dinahet. This is Dinahet's first solo exhibition in the gallery. The entire gallery space, entrance and staircase will be transformed into a black box to show work which is as much concerned with the nature of time, light and sound based medium of video as its exhibition possibilities.

Marcel Dinahet at domobaal opens on Friday 5 November, 6–8pm and continues until 18 December.

A bilingual monograph on Marcel Dinahet's practice will be published by Editions Lienart in December. It includes new texts from Dominique Abensour, Larys Frogier, Jean–Marc Huitorel, Louise O'Hare, Gilles A Tiberghien, and will be available from the gallery.

Marcel Dinahet was born in 1943 in Finistère in western–most Brittany, France (the name Finistère comes from the Latin 'finis terrae' meaning 'the end of the earth') and has worked as a sculptor since the 1960s. About 25 years ago his practice shifted abruptly from sculpture to video. His focus is the littoral, within and around seas, rivers, sources, ports, documenting both the places and the people who live and work in these boundary zones in many sites around the world, together with the issues that affect them. The subject of his work is always as local and direct as it is global in resonance, as personal as it is universal and political; his methodology and approach exude calm, curiosity, questioning, and consideration, never confrontation. His videos while appearing to be documentary in nature exude the quality of note–taking and the personal archive. In France Dinahet's work has been widely shown in public galleries, and is included in the Fonds National d'art contemporain (FNAC) as well as the FRAC collections of Brittany, Languedoc Roussillon, Champagne–Ardennes, Lower Normandy, Burgundy and Corsica among others.

My understanding of French is not as good as it could be. As a result, talking with Marcel Dinahet about his video work hits various stumbling blocks. He is of course able to absolutely elucidate his work in French – using words and concepts that give things linguistic and conceptual anchors – but their relocation into an English context breaks them apart from their initial meaning. Certain aspects of his work, or their titles are often untranslatable in many ways. One of his video series, Fleuves, translates into English as 'rivers', but so would the word 'rivière' which in English we would without doubt recognise the look of more than the first. These two are, however, very different. 'Fleuve' translates more closely into English as a river that flows to the sea; the point at which it ceases to be a tributary, or a stream that meanders within the land. The name is about its function, not its status. In English, we get the term fluvial from this word the action, inhabitants, deposits and physical or topographical sphere of influence of a river. Thus a fleuve has a course and a purpose, its raison d'être is to travel from the land into a wider sea, and thus be connected at its end point to the rest of the world. Connection and connectivity, the openness of a river city, which, as Dinahet says, 'has a sea inside it', brings to his extensive body of work the idea that the world is defined by both matter and change, permanence and movement. Dinahet's Riverains, video–portraits of the inhabitants along the banks of rivers in Vladivostok or Taipei, are about all of these things. The presence and impact of these bodies of water on how we live, the way we accumulate, and populate sites located around rivers and shores (like fluvial deposit) draw every viewer to an understanding both universal and specific, of human and social things.

Dinahet's characteristic use of frame and distance situates the natural environment as an extension of the viewer's physical position. His work's reflexive attitude towards the camera's cubic proportions and sharp rectangular cropping, seems to project similar dimensions, like a grid or room space, onto what we see on screen. Such a condensation of the spatial and physical with the mechanism of the camera is most noticeable when he allows the lens to touch the surface of water. This one action draws into play the importance of matter and substance, of the experience rather than the look of things, and of the relativity between our visual perception and our own human scale. When at the exhibition stage of being projected onto a wall, these videos draw out lines of (often murky and thick) light through the space, connecting the image to the physical environment of the room.

In more recent work he has given up the camera, literally thrown it overboard, and allowed it its own freedom of movement. This apparent giving up of control never separates the physical action of the camera from the artist's – and ultimately the viewer's – engagement with the subject. Indications of human presence and scale occur in the point of contact between water, air, sound and real–time actions and reactions. His portraits of people focus our attention on physical minutiae and facial expression, skirting the idea of the social or racial demographic, and delivering an engagement with individual identity. The camera is used almost intrusively, invading the threshold of personal space through its uncomfortable closeness to each silent encounter. There seems always to be a quietness to his work that nevertheless records chaos and happenings, a stillness that captures movement, and a pensiveness that minutes every unmeant or unconscious reaction from its subject.

The various barriers that are set up between him and I from the start of our conversations are both linguistic and visual. His attitude towards recording the world carries over into the way he approaches me. Yet there is a visual language of matter, of debris, collections of things, social and geographical archeology in progress, and most importantly for my reception of his videos, a physical connection between my self and his subjects, however diverse. Matthew Reeves, London October 2010.

>Marcel Dinahet: bio, text and a selection of videos